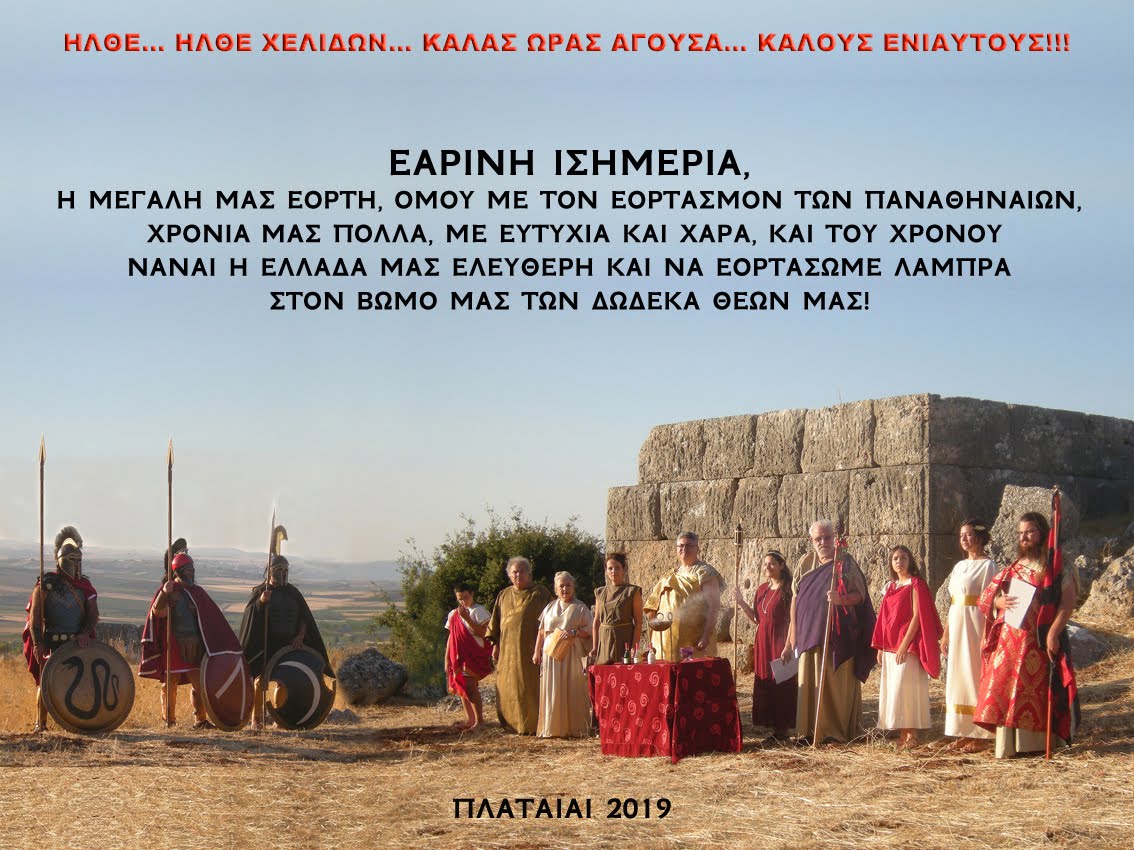 
While, because of my still quite young age, I wouldn’t dare to say that I have a lot of life experience, but that doesn’t mean I can’t see what’s going on, what’s happening. I had examined the world around me and understand now that it is coming apart. I understand that our civilization is in a state of terminal decline and is headed toward a disaster from which it probably will not recover. I realize that I must take a stand, that I no longer can ignore what’s happening

What I see is the growing rottenness everywhere. Our civilization is dying. Our culture is being killed. Honor, morality, nobility — those are all things of the past now. What we have today is crookedness and deceit and degeneracy in every aspect of people’s lives. I see the rise of every sort of perversion and filth. Moreover, I see this filth declared as normal, even admirable, by the media, and even sanctioned by legislation... I can see it on the streets of American and European cities. I can see it in the sort of television people watch or in the music they listen to... That makes me very, very angry.

The society in which we live is almost totally rotten already. The evidence is everywhere. It’s obvious. But somehow many people still manage to not notice that evidence. They don’t pay attention to it. They don’t want to come to conclusions that might be considered “extremist.” So they just pretend that everything is all right, even when they know that it really isn’t... Most people today are like ostriches with their heads in the sand, hoping that things won’t get much worse if they just pretend not to notice what’s happening and don’t think too much about it.

And there also are those who even try to convince us that things never have been better... The media bosses — those evil people who are cooking the television poison — show us crowds of smiling faces: everyone is happy, they tell us... The news, entertainment, and advertising we can see on television are all designed — very carefully and skillfully designed — to support this illusion. Sure, we have a few little problems, the media tell us, but folks generally are happy with the way things are going, and if those awful extremists and dissidents would just keep quiet, everything would be wonderful...

As a result, most people actually have been so “sensitized,” so brainwashed, by the controlled media that they have a hard time dealing with reality now... They have watched so much television that they have fallen under its spell. This “sleeping” majority still needs to wake up to the reality...


What can be done about such situation?
How will we stop the hijacking of our world?

Well, it is clear to me that most people today prefer to do nothing. They still cling to the illusion of what is called “liberal democracy.” In other words, most people still take the charade seriously. They’re willing to be governed by any crook, any liar, any filthy degenerate, if such politician can win a majority of their votes. As crazy as it sounds, that is what is happening. Well, that’s pretty bad, but I’ll tell you something that’s even worse, and that is the substantial element among ordinary people who don’t see anything wrong with what is happening. What should we be doing now? In trying to answer that question we must be constantly aware of the truly bizarre situation we’re in today. It’s surreal. A war of annihilation is being waged against us. It’s taking a terrible toll, doing enormous damage to us, and yet most people still go about their daily business as if nothing unusual were happening.

Myself I realize already that “democracy,” as practiced today, is a total fraud. It’s nothing but a front for dictatorship. Moreover, I know that many even open-minded people today are discouraged and pessimistic about the future, because they believe that the enemies have an unbreakable grip on the course of events.

But, hey, we should never think: “I’m only one person. What I do or don’t do isn’t important. I can’t make a difference by myself”... That kind of thinking is wrong! We can make a difference, because courage is contagious. It spreads from person to person. And it’s powerful.

Somebody has to be willing to announce the fact that the emperor is naked. Even if it’s not polite. Even if it hurts a lot of people’s feelings. Even if everyone else is pretending that the emperor’s new suit is the very height of fashion, someone has to come right out and say, “Hey, momma, look! The man has no clothes on!”

One such courageous boy or girl can back down a thousand cowards and liars and hypocrites, can send a whole regiment of them scurrying for cover, like vampires fleeing the light of the rising sun. Those know that they cannot maintain their control over the minds of people unless they can control the flow of information and ideas. And if they lose their control over what people think, they eventually will lose their power as well...

No, I don’t really expect everyone to be like that courageous boy from Hans Christian Andersen’s story. I know that most people will continue being the way they always have been. But it doesn’t take everyone in order to make a difference. It only takes a few. It only took one small boy to open everyone’s eyes to the emperor’s nakedness — one small boy to persuade all the people that they really were seeing what they thought they were seeing...

Now, we all have to be getting prepared for the final battle against our enemies, against those who want to turn our world into a global prison with a population of obedient slaves. They move aggressively toward their goal of establishing an all-powerful plutocratic world government, a global tyranny which they call the New World Order. This is what their so-called globalization is all about. They’re evil. Do you understand that? Evil. They’re monsters committed to the destruction of everything beautiful and noble and decent in the world. They will not rest until there is a McDonald’s at the top of the Himalayas... Therefore, we will have to fight these enemies with all the means at our disposal.

But I also think that it is absolutely impossible now to achieve any positive change within the existing system. This System is corrupt to its very foundations and we would never accomplish anything by working within the system. We shouldn’t aim to “reform” this liberal-capitalist society, for it is impossible to reform something that is so intrinsically evil.

In order to fix things humanity would need some kind of a total Revolution which ultimate objective should be nothing less than the complete liberation of all the people from their chains of slavery and servitude. One sharp revolution and we could scuttle the whole globalist scheme.

But (I know, I know...) the majority of the population today still have no stomach for it. They have been so strongly conditioned by the controlled mass media — so brainwashed — that they simply are no longer capable of challenging this Evil System. They are like lemmings obediently stampeding toward the precipice...

On the other hand, people who think that such a revolution will suddenly be established one “glorious day” in the distant future also clearly have no real understanding of what revolution is all about. The revolution actually begins here and now. It must begin in the hearts and minds of individuals and spread by their example to involve whole nations... As the greatest revolutionary of all times, Ernesto Che Guevara, had said, “It is not necessary to wait until all conditions for making revolution exist; the insurrection can create them.”

And I think that once people cease to submit themselves upon the institutions of the established order it will be swept aside. Once the spark of rebellion ignites the latent fuse that dwells within each one of us, so the Greatest Revolution will begin.

Actually, this can be done in a number of ways. Making a conscious decision to avoid watching television, for example, refusing to be a consumer, not supporting this evil capitalist economy... At least do not contribute to their System in any way!

There will be no revolution among people who spend their lives just watching stupid ball games on TV or hanging out at shopping malls. Nothing is going to change as long as people live like this... If you want to understand the problem, and understand the world, then wrap your mind around this fact.

The terror lurking in a Christmas tree By Jonathan Cook in Nazareth
Israel’s large Palestinian minority is often spoken of in terms of the threat it poses to the Jewish majority.
Palestinian citizens’ reproductive rate constitutes a “demographic time bomb”, while their main political programme – Israel’s reform into “a state of all its citizens” – is proof for most Israeli Jews that their compatriots are really a “fifth column”.
But who would imagine that Israeli Jews could be so intimidated by the innocuous Christmas tree?
This issue first came to public attention two years ago when it was revealed that Shimon Gapso, the mayor of Upper Nazareth, had banned Christmas trees from all public buildings in his northern Israeli city.

But Gapso is not alone in his trenchant opposition to making even the most cursory nod towards multiculturalism. The city’s chief rabbi, Isaiah Herzl, has refused to countenance a single Christmas tree in Upper Nazareth, arguing that it would be “offensive to Jewish eyes”.
That view, it seems, reflects the official position of the country’s rabbinate. In so far as they are able, the rabbis have sought to ban Christmas celebrations in public buildings, including in the hundreds of hotels across the country.
A recent report in the Haaretz newspaper, on an Israeli Jew who grows Christmas trees commercially, noted in passing: “Hotels – under threat of losing kashrut certificates – are prohibited by the rabbinate from decking their halls in boughs of holly or, heaven forbid, putting up even the smallest of small sparkly Christmas tree in the corner of the lobby.”
In other words, the rabbinate has been quietly terrorizing Israeli hotel owners into ignoring Christmas by threatening to use its powers to put them out of business. Denying a hotel its kashrut (kosher) certificate would lose it most of its Israeli and foreign Jewish clientele.
Few mayors or rabbis find themselves in the uncomfortable position of needing to go public with their views on the dangers of Christmas decorations. In Israel, segregation between Jews and Palestinians is almost complete. Even most of the handful of mixed cities are really Jewish cities with slum-like ghettoes of Palestinians living on the periphery.
Apart from Upper Nazareth, the only other “mixed” place where Palestinian Christians are to be found in significant numbers is Haifa, Israel’s third largest city. Haifa is often referred to as Israel’s most multicultural and tolerant city, a title for which it faces very little competition.