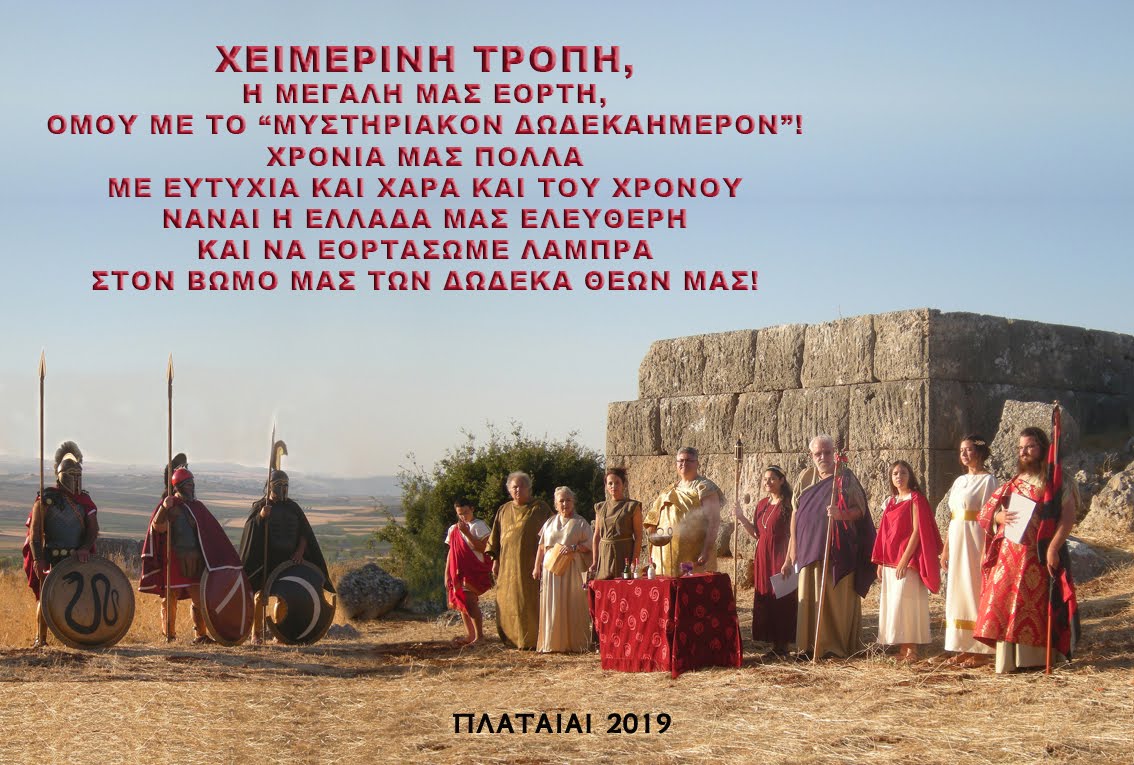 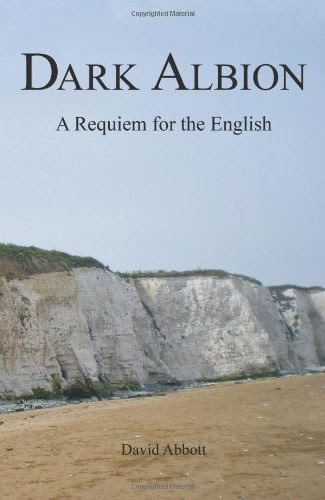 
Dark Albion
by David Abbott
Sparrow Book Publishers,  £10
There is a long and distinguished tradition of travel books by English authors  such as Patrick Leigh Fermor and Colin Thubron who travelled to exotic and  distant lands and tell of the strange ways of the people who lived there.
It is into this category that Dark Albion — A requiem for the English by David Abbott falls but this native South Londoner has not had to make much of a journey to find himself a stranger in a strange land. Instead he has just had to step outside the door of his house in the London borough of Greenwich and walk around and see how  the streets he grew up in have been utterly transformed by the largest wave of immigration that has ever hit our shores.
This is a story that could be told time and again in communities across England. It is the story of the gradual dispossession of the native English without public debate, without permission, without a shot being fired.
It is a howl of anger from a south London resident outraged at the betrayal of his people by their own elites.
The Royal Borough of Greenwich is a suitable location for the beginning of this story as it is steeped in maritime history and in some ways the cradle of our imperial achievements.  The Greenwich Observatory sits on a hill in one of London’s beautiful parks through which the Meridian line of Greenwich Mean Time passes.  The Maritime Museum was — before politically correct rot set in a — a temple to Britain’s imperial greatness with pride of place given to the tunic Admiral Lord Nelson was wearing when he was killed at the Battle of Trafalgar.
Not far away from the tourist spots, it is a different story.   In street after street Somalis, Tamils, Nigerians, East Europeans and many more now throng the pavements and jostle the polite and somewhat self-effacing  English population out of the way. Entire neighbourhoods have been turned into Third World slums. Typical is the vast Nigerian-dominated council estates in the district of Thamesmead. The whites fled long ago. It has been renamed “Little Lagos” and is said to be the centre of the active credit card fraud gangs in Europe.
But Abbott has a much smaller focus at first.  He laments the loss of the common street courtesies that made urban life in England so pleasant.  This has been replaced by the constant barging of woman in chadors and having to negotiate one’s way past groups of contemptuous, surly Muslim youth. Orderly bus queues, once the mark of English civilisation, have turned into Third World free-for-alls in many places.
He looks around in anger and bewilderment at the rest of the passengers on the double decker 53 Bus along the Old Kent Road where Chaucer’s Pilgrims began their journey to Canterbury. Invariably Abbott is the only indigenous White aboard.
English passengers used to be silent, composed and self-contained. Now the air is filled with the deafening sounds of mobile phone conversations in Nigerian dialects such as Yaruba and Hausa. Tamil and Somali youths yell at each other jostling and blocking the other passengers.
Talk about immigrant behaviour is usually muted but it is to Abbott’s credit that he does not shy away from describing the crudeness, grossness, incivility and lack of any restraint by Third World immigrants that makes life for the native English so intolerable.

One of the Nigerians speaking into one of these mobile phones is a gross woman dressed in gaudy African finery partly covered by an overcoat, who has an enormous arse. Although many passengers are having to stand she is unashamedly taking up two seats. The seats of London buses are not made for Nigerian arses. She has placed her shopping bag on the sliver of aisle not covered by her arse. In the bag she has a loaf of bread from which, with fingers adorned with rings, she scoops up crumbs and jams them into her mouth.
Crumbs are everywhere and she is also spitting them into her mobile. It is so unbelievably grotesque that the other passengers remain silent, unable to stop and interfere in this outrage against public decency.

Tens of thousands of ordinary Briton complain about such things every day. Yet this is probably the first time such sentiments have ever been made between hard covers.
One of the many shocks I had on reading Dark Albion was that this story had finally been published at all.  The replacement of the native White working class population is the biggest disaster to ever befall this nation. And yet here in the country of Milton, Shakespeare and Dickens, it is almost impossible to find any literature which reflects the ordinary White view of this.
Libraries, bookships, civic centres and classrooms are packed with tomes on all sorts, from the experience of wartime evacuees to the lives of eighteenth-century seafarers but none depart from the politically correct Narrative.   On the great central contemporary London experiences — White flight, Islamification, immigrant crime, mass child molestation gangs  — there is a screaming silence which is  rigorously enforced.
For anyone who still clings to an idealised notion of life in Britain Dark Albion is essential. Yet it is not an easy read.   The anguish, the pain, can be felt on every page.  If the book has a fault, it is that it tries to do too much.  But how could it be otherwise?

The fact is that we Cockneys constantly squeeze ourselves into less and less space. Everywhere we go an ethnic is in the way. Pavements, shops are all crowded with ethnics with new ones arriving daily, threatening and mysterious. We cannot understand why it is being allowed to happen. It is so obviously a strain on resources. Even if they all worked this would be the case.

Part of the reason for the power of Dark Albion is that Abbott, who is retired, comes from a different background than most journalists today. For a start he is White working class, a relic from an age when journalism was a suitable career for bright working class lads from unpromising backgrounds (that has been closed off now).
As a trained reporter, he is used to noticing things. Now with most young journalists today, what you do not notice is more important than what you do, especially if you want a flourishing career.
He not actually ashamed to get into insalubrious neighbourhoods, talk to White working class people and report their opinions. In this he is similar to that caustic observer of modern England, Theodore Dalrymple.  Young journalists on the Telegraph,  Times and Daily Mail tend to be the products of England’s finest schools and  find reporting a tiresome chore that gets in the way of the bloviating and  commentary.

Up until a year ago when you took a train from Greenwich to the Kent coast once you reached Chatham after an hour’s travelling you could reckon to be free  of the sound and sight of ethnics. now  they  teem in Chatham in the neighbouring  towns and in the coastal towns, few of them speaking English,. A gigantic gaudy Sikh temple looms over Gravesend.

Abbott’s book has a vast sweep.  He describes the Saxon origins of Greenwich and the history of modern immigration from the arrival of the S.S Empire Windrush which brought in the first few hundred West Indians in the fifties.
He describes the rise of the new Labour and its temple, the Dome on Greenwich’s shoreline, and how a tidal wave of immigration was unleashed by the government of Tony Blair. He is very good on the birth of the Minorities-Victimhood Industrial Complex and also the capitulation and eventual capture of the institutions to the forces of cultural Marxism.
He describes the villains of the story in detail:  Peter Mandelson, the Jewish advisor to Tony Blair who spent most of his time fixing UK passports with foreign billionaires; Ken Livingston, the far-left Mayor of London whose minority infested regime stank of corruption; Ali Dizai, the Met Police commander who was the target of numerous police inquiries because of his dealings with Muslim businessman, and many more grotesques.
At the end Abbott paints a fantasy of the future in 50 years of an ageing King William forced to agree to have his daughter married off to a Muslim. The African born Archbishop of Canterbury hands over the keys to 10 churches so that they can be converted to Mosques in a “moving ceremony”.
Dark Albion is a dangerous, important and essential book.  It reveals the story that the BBC tries so hard to conceal — the truth of the disaster of mass immigration and how it has destroyed much of England.